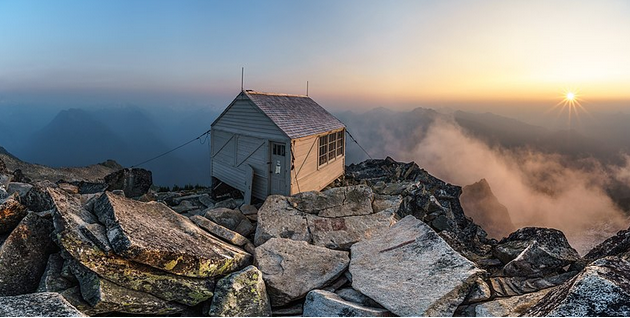 Hidden Peak Fire Lookout at sunset, with smokey haze from nearby fires [1] | © Nick Archibald – This file is from Wikimedia Commons