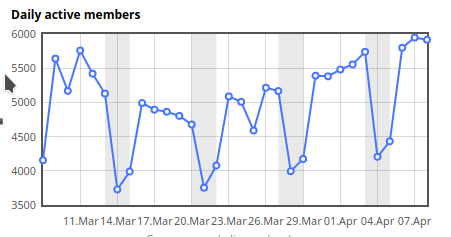 The trend observed by Pascal Neis in the week of 16 March seems to have been broken. 1 | © Pascal Neis © map data OpenStreetMap contributors

Many meetings are being cancelled – please check the Calendar on the wiki page for updates.

One Reply to “Notiziario Settimanale OSM 507”