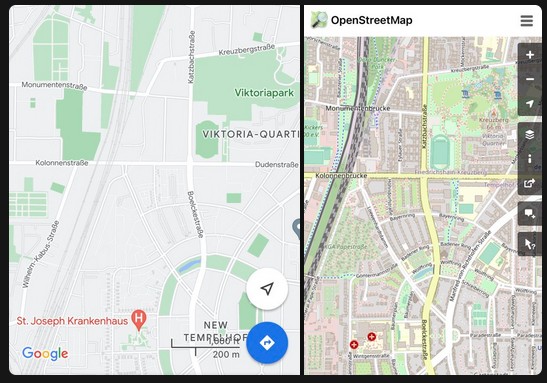 Chaz Hutton is probably not the only one for whom the benefits of OSM are new. [1] © G-Maps | map data © OpenStreetMap contributors