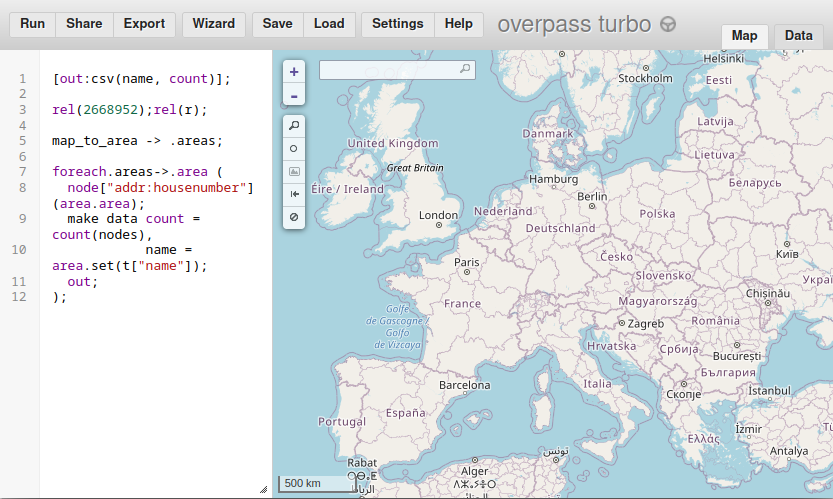 count addr:housenumber nodes across all EU member states, broken down by country, will run in 30 seconds on an Overpass development branch [1] map data © OpenStreetMap contributors